Today was our day off, apart from the watering chores.

We did some bird surveys around the camp and house area.

Did not feel like a major expedition today, so just drove out to Crocodyllus, did some bird counting and went for a paddle on the lake. 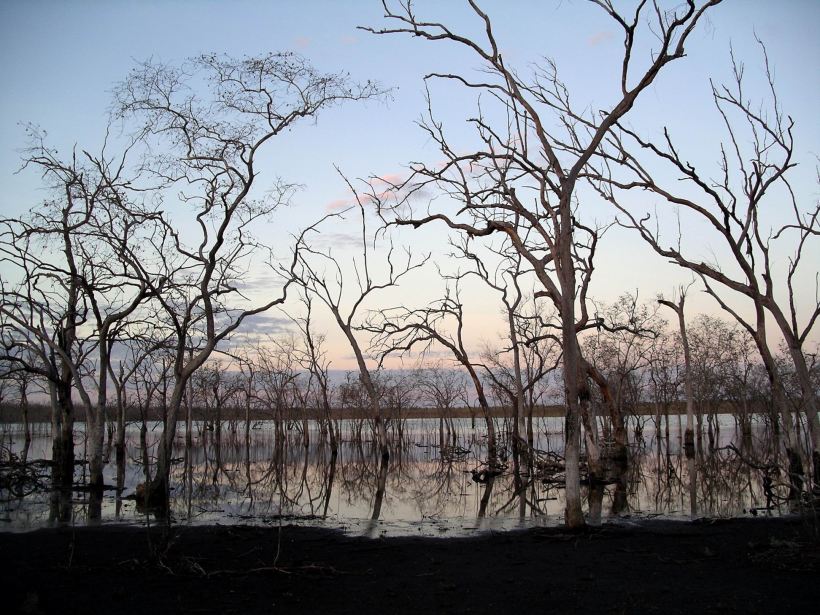 The extent of the mud around the water’s edge had lessened a bit, but we still got really muddy feet getting the canoe in and launched. It was a matter of leave footwear at Truck and go bare footed to the water.

I was not game to take the camera out in the canoe – pity, because some photos from out on the extensive area of water would have been worth having.

After we got back, I read for a while and John played computer games on his laptop.