The dings had gravitated to our camp overnight. Guess they liked company too!

Usual morning tasks. I helped with the watering, doing the pumpkin and melon areas outside the vegie garden, the paw paws, and running the hose at the base of the lemon and lime trees, for a while.

Campers were expected tomorrow. Two or three couples, for a week.  O wanted to put them out at the Bluff camping area and had done some cleaning up and slashing of that camp area, but John was to go out and make sure it was all good. 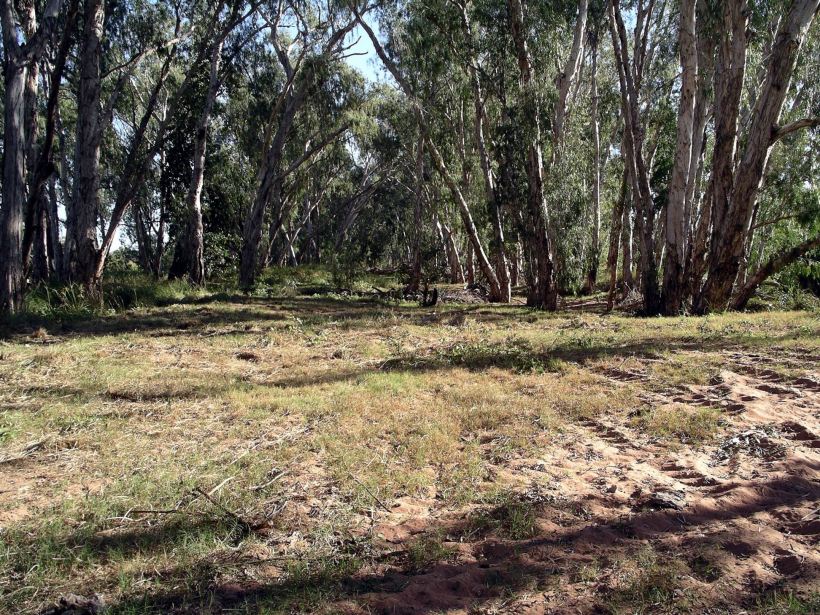 The camp area had been slashed and cleaned up

He was also to construct a bush toilet out there. He found an empty drum, and cut the centre out of an old chair. Equipped with these and some other items, we drove to the Bluff camp – on the Calvert, north of Fig Tree Camp. The camp area was back some distance from where O kept the boat there. 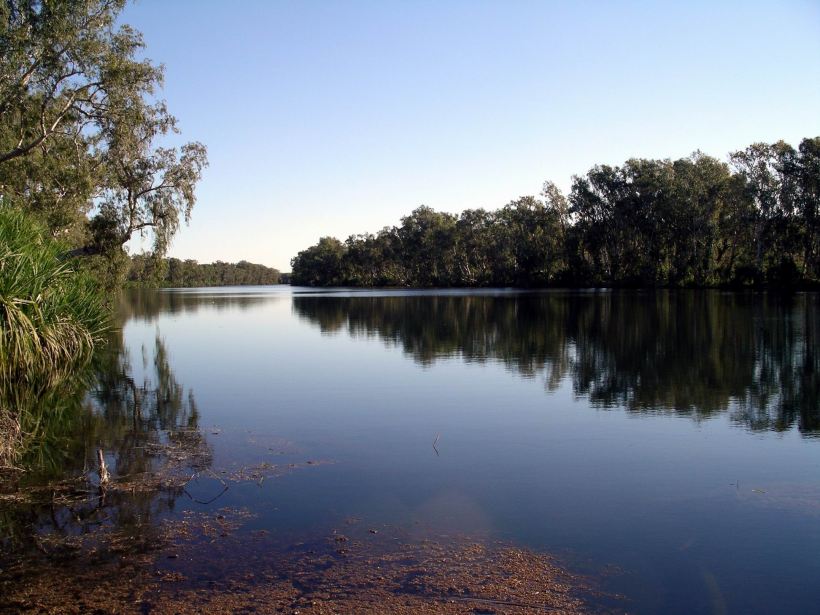 The toilet was the drum, sunk a bit into the ground, and secured with rocks. The chair was placed over that, and a screen around it. John set up a carton containing ash and sand, by it, for the campers to cover the drum contents as needed. I suspected John was hoping that drum emptying duties did not fall to him, at some stage! 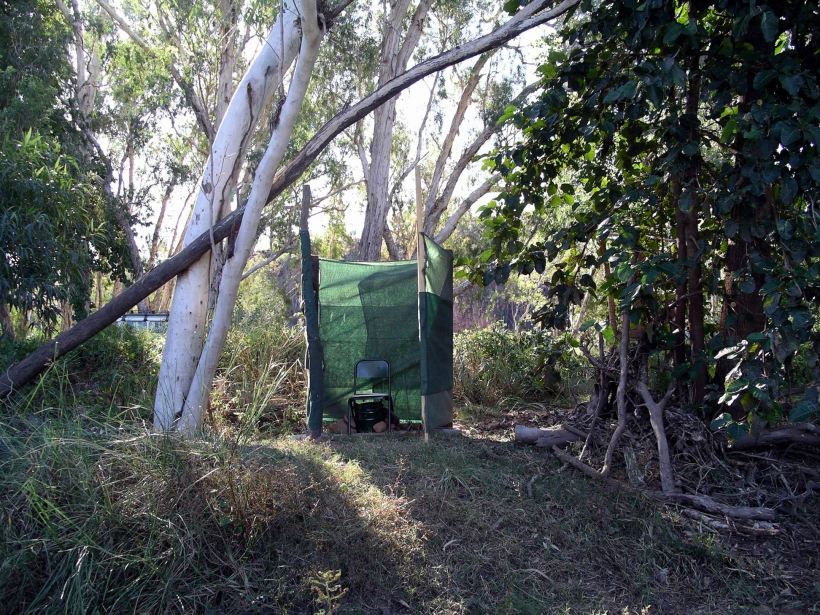 The camp area was a pleasant one. A reasonable grass cover over the soft river sand, plenty of trees around for shade. The area was big enough to fit them all with room to spread out of they wanted.