After the morning watering chores, we drove ourselves off to Lake Crocodyllus, east of the home area by some 20-25kms.

Took the usual runway, then track out route. Some distance down the straight stretch, turned left. Because there had been little traffic out that way – to the lakes and to Fern Springs – so far, this season, this turn off would have been easy to miss.

O had told us that Lake Crocodyllus – his name for it – had not been there when he and his original owner mate first scouted the place. It had just been a big hollow, like lots of others found around the property. It filled up in the huge wet season of 2002, when an intense ex-cyclonic low pressure system remained stationary over this area for the best part of a day. That was when Mark 1 of O’s new airstrip was washed out.

Lake Crocodyllus had remained with water in it, since then. I thought, from O’s description, that this and the nearby Jabiru Billabong were probably perched wetlands – not linked to any underground aquifer. 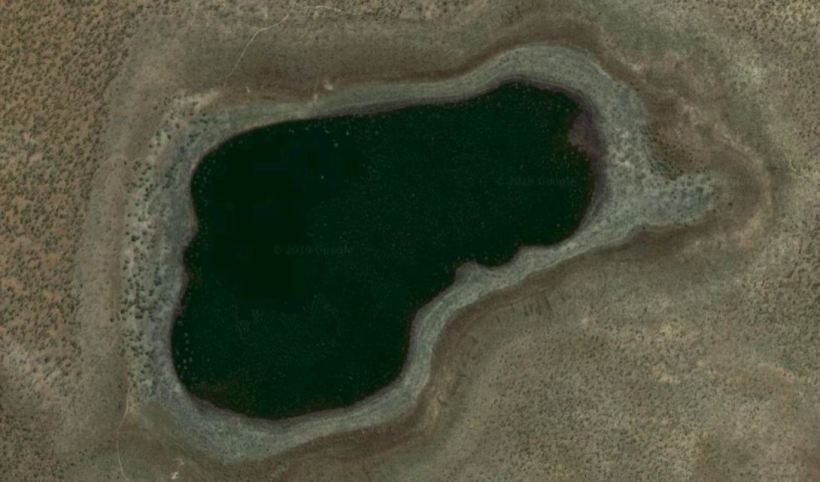 It was not hard to follow the somewhat winding track, made by vehicles in previous seasons. Much of the way was through scrubby grassland and low rocky outcrops. O had already cleared away any fallen stuff on this track, as he’d brought our previous guests out here for a look.

Lake Crocodyllus  was most unusual. It was hard to describe, or portray in photos, its surreal and eerie beauty. The many dead, large, trees around its edges, and in the water, demonstrated that there had been long prior periods of dryness – enough for big trees to grow, before they were subsequently drowned in wetter times. Clearly, the lake had extended much higher than it was now, in some of those eras. As a result of such change over millions of years, the soil around the lake was fine, silty, and easily turned to mud. 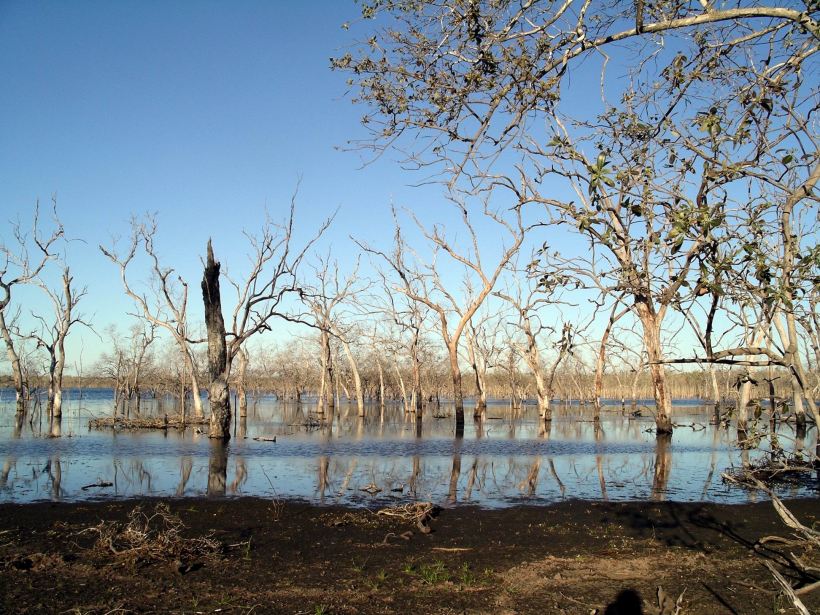 Muddy area at the edge of the lake

The lake edges were still very muddy. O planned to put canoes out here, for guest use, in another couple of weeks, when the mud had dried up a bit more. We thought it would be great to go our paddling on some of our days off.

Despite the name, O did not think there were any crocs in this body of water.

We spent some time bird watching. Of course, the many hundreds, if not thousands, of water birds that were here, kept away from us and were concentrated across the far side of the water – a fair distance. Canoeing would be a good way to try to spot these water birds and estimate numbers.

The area right in front of where the track reached the lake, was fairly open water, with only a scattering of dead trees in the water. Across the other side, and on the southern end of the lake, the dead trees were much more dense. 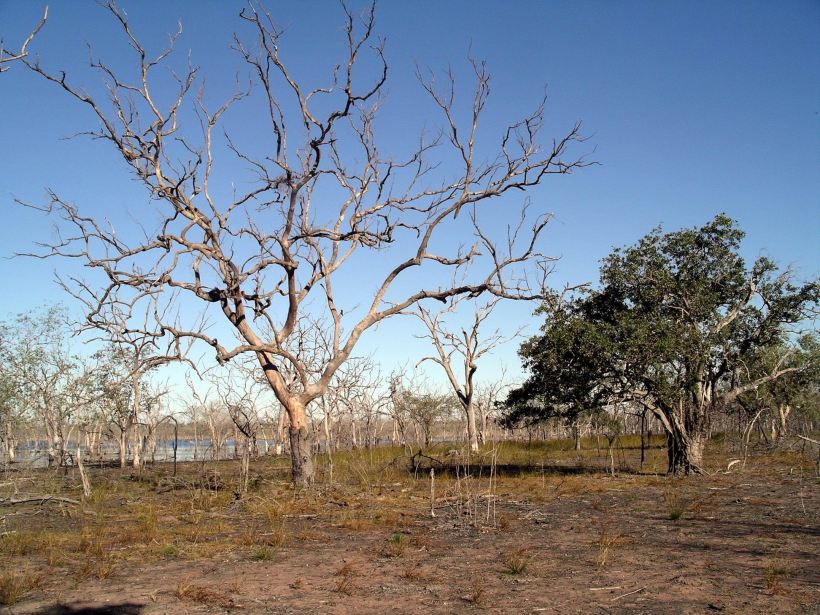 Had our packed lunch, sitting on a dry patch that was well back from the water’s muddy edge, watching the bird movements. Clearly, this was a significant little wetland area for birds. Pelicans, swans, herons, ducks were all evident and there was a constant background noise of birds.

It was starkly beautiful. 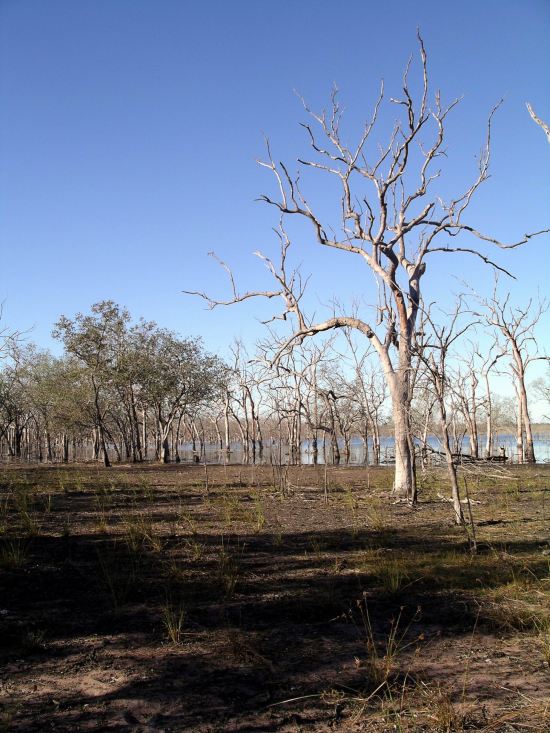 Explored – walking – around the lake edges for some distance, both ways.

Eventually made our way back along the same way, to our camp, and relaxed for the rest of the day.