Today we went off to do the Valley of the Winds walk, at the Olgas. 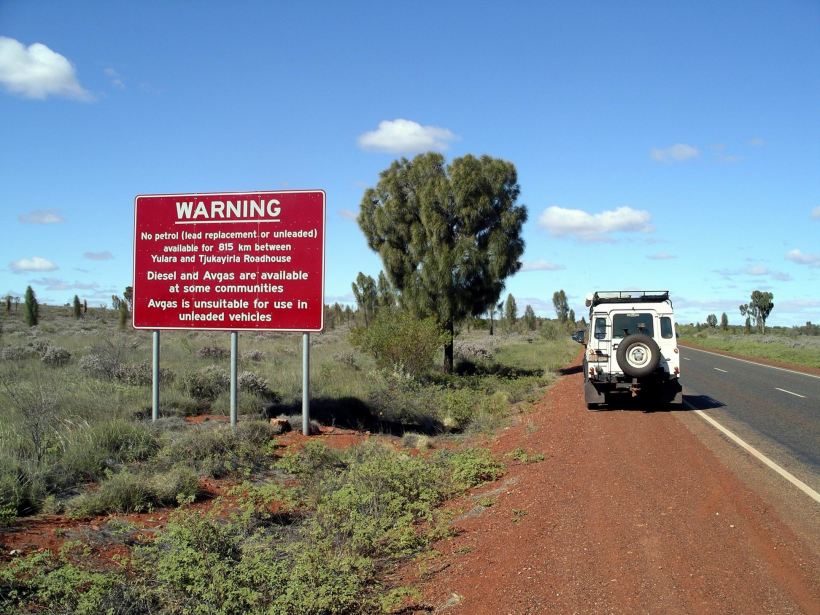 This circuit walk was 7.4kms long, and relatively easy going, apart from near the start, where there is a little climb up to the second lookout point.

Walking track from the car park

It was still a magic walk, even though this was the third time we’d done it. The trick was to start out too late for the early tour groups and keen walkers, but before the middle of the day groups arrived.

It is a walk of contrasts.

One starts out from the car park usually with a cluster of other people. The going is open, the path wide and smooth. 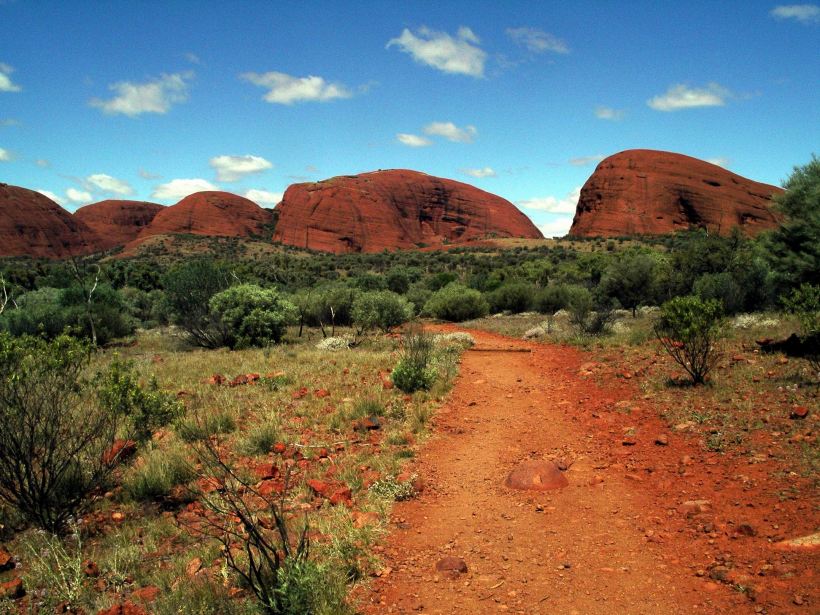 A more narrow section of path

Past the first lookout of the domes, some of the numbers drop off. The way narrows as it rises to the second lookout, which is in a cleft between two tall domes, with a view down the valley thus created, to more domes. 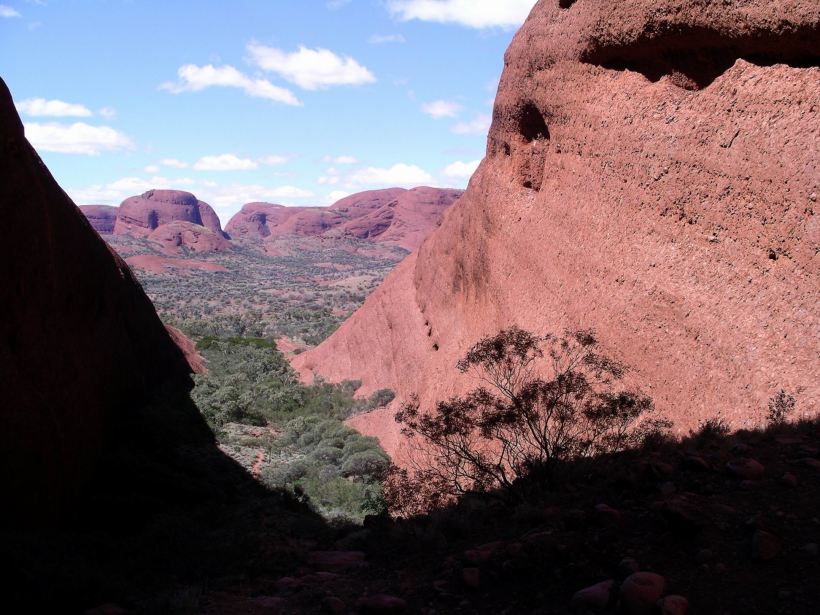 The way continues down then, to the central valley, from where the path meanders around some domes and eventually rejoins the car park path.

We were mostly alone after the second lookout and it was lovely to stroll along, admiring the outlook, without having lots of others around. I remain really surprised at how many people do not do the full walk here. Ditto the really easy walk around the base of Ayers Rock. 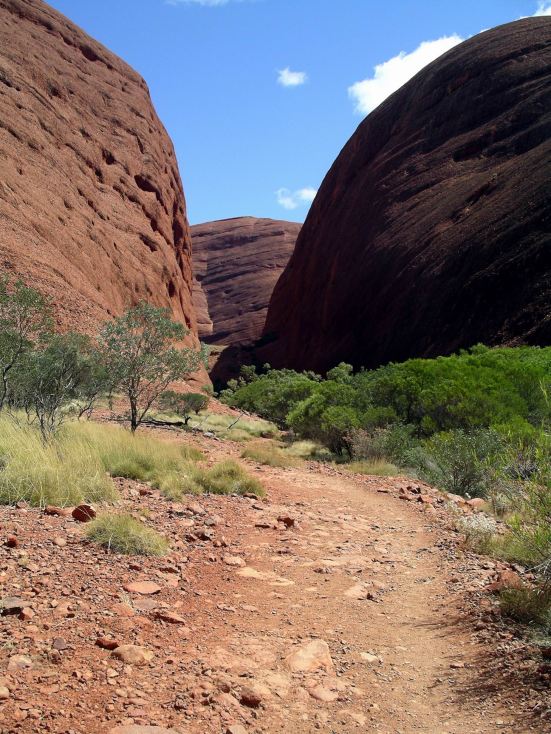 Nonetheless, neither of these are walks one should contemplate undertaking in the summer months. The heat reflected off red soil and rock would be too intense for safety.

We found a spot in the central valley where we could sit and eat lunch and just soak in the beauty and peacefulness around us.

As with so much of the central deserts, this year, there was plenty of vegetation and wildflowers growing.

The contrasts of spinifex, shrubs and wild flowers

A pair of budgerigars were keeping guard over their nesting hollow. 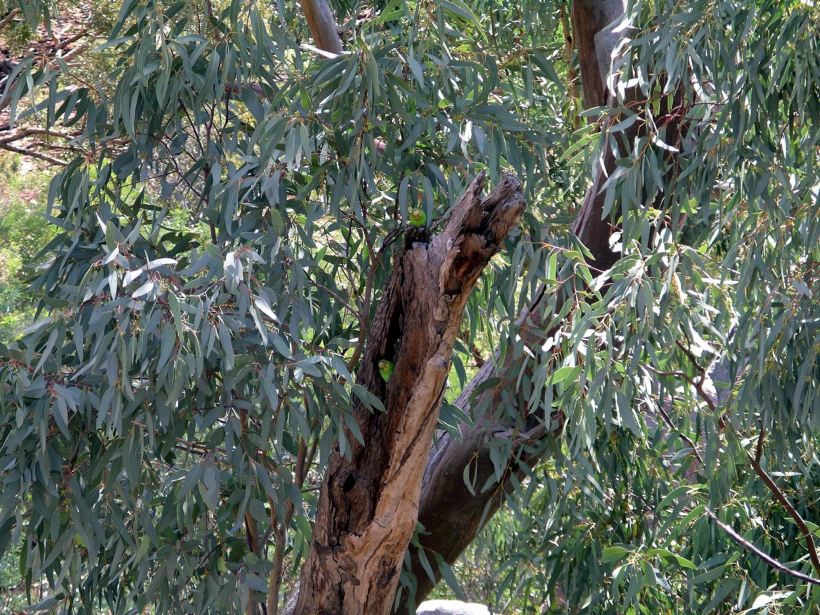 We took our time. I dawdled, taking photos. So the walk took us the best part of five hours. We had all day to fill in.

Back at Yulara, checked the PO – no parcel.

Obviously, we were not going to be travelling on Friday, so I went to the office and extended our stay by a day.

Then we just relaxed for the rest of the day. Doing a lovely long walk makes me feel quite virtuous!

I was pleased we were here long enough to do the Olgas walk, but all the same it was frustrating that our remaining time was being frittered away like this.

Over the course of this year’s trip, I had gradually been learning how to use the new digital camera. More importantly, learning to trust it to record what I saw and the effects I wanted to get. Now I was definitely a convert to digital! It was wonderful to be able to walk at a place like the Olgas and be able to take as many photos  as I wanted, without having to justify and debate with myself about whether a potential image was worth committing to the limited – and expensive – film. Very liberating. 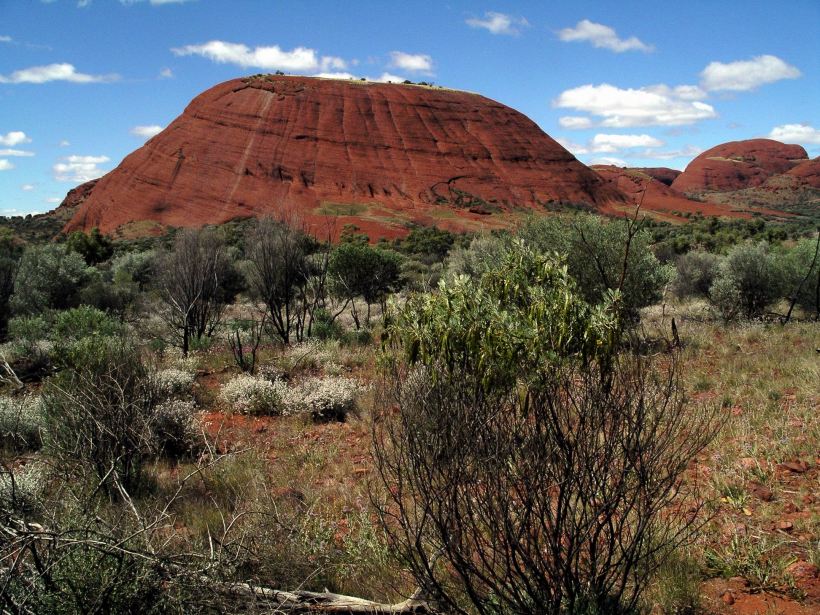