We decided, this morning, to stay an extra day, as John was feeling really poorly with the cold. It had gone to his chest, and he was coughing all the time.

We spent a really quiet day. Reading and sewing for me. John spent some of it asleep.

We drove the road right around the base in ’93, and visited the other features, so felt no compulsion to do so again, with John feeling the way he did.

The mountain is the backdrop to the camp ground

I went up to pay for the extra night, and found that we had been charged previously at the unpowered rate. It should have been $22 a night. I paid $20 for the extra day, because that was all the money I’d taken up to the office with me. The backpacker employee didn’t care!

This was a very slack place. Apart from the staff attitude, there were no tourist sales items available – not even postcards.

In the time that we had been here, there had been a steady movement of people in and out. It seemed most people stayed two nights only.

Today, two sets of walkers – one lot our age and the other in their 20’s – went up the mountain. Both lots had little CB radios, so they could communicate with a third member of each group, left behind at camp. Through the binoculars, we could see them on the top.

The ones our age were hobbling about camp, later. I could relate to that! 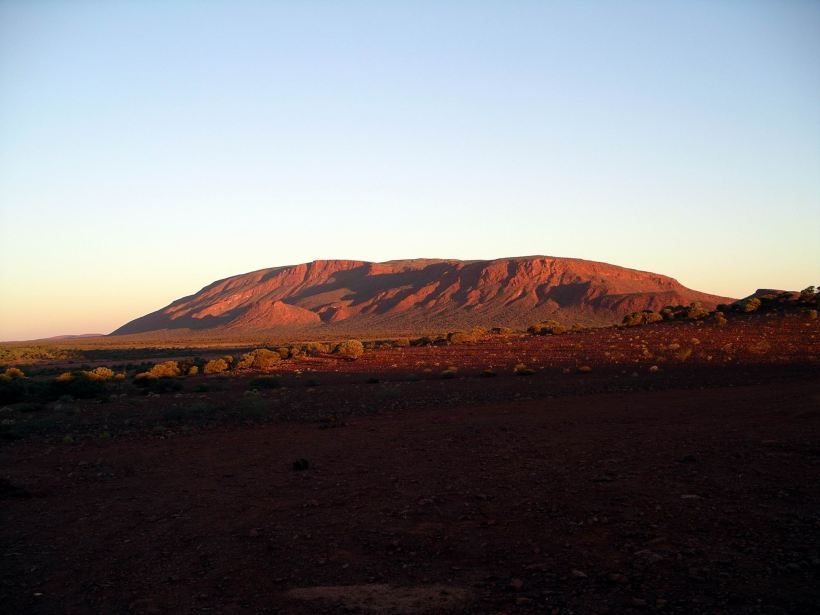