I was “owed” another day of exploring the area, after my bowls participation on Saturday, and was determined to ensure it happened.

So we set out driving to explore Cape Naturaliste and the northern part of the Capes region, having visited the southern portion on Thursday.

At least, it was a much better weather day.

The drive of about 30kms, along the coast to Cape Naturaliste, was pleasant, through the growing township of Dunsborough too.

Here was another lighthouse, where we had to park and walk up to look at the structure, on its headland. It was just a white lighthouse – nothing really special.

We did a one hour walk around the lighthouse area. The track went through bushland, well up above the sea. 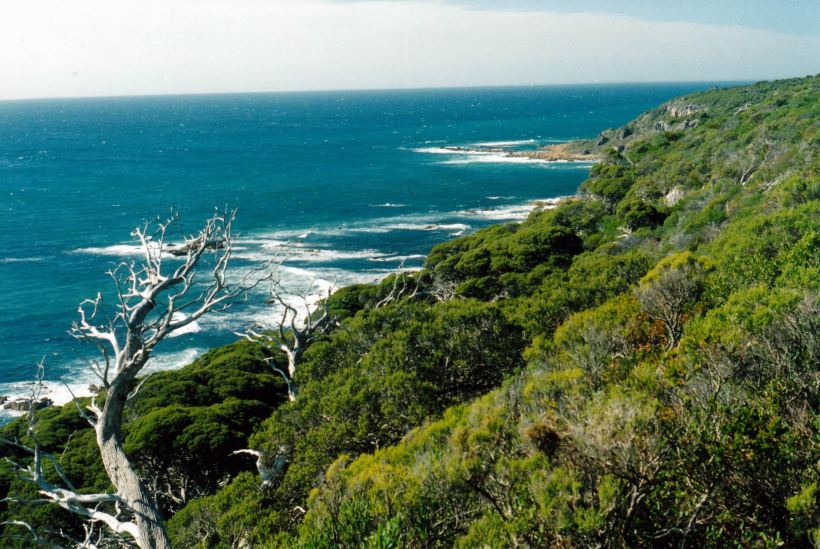 There were some great views along the coastline from various vantage points. Walking through the coastal scrub was very enjoyable, especially where wild flowers occurred. 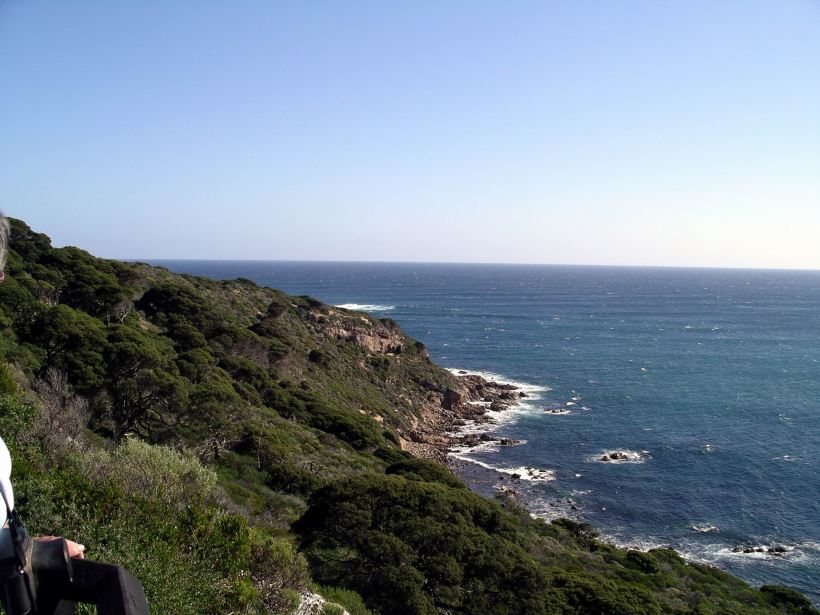 After completing the walk, we drove back to Dunsborough, then turned south on Caves road, intending to explore features of interest down as far as Margaret River, and thus complete what we’d started on Thursday.

Yallingup Beach was our first stop, where we sat and watched surfers there, for a while.

Then we realized we had yet another bloody flat tyre! Number 5. There had to be something more going on than just the effects of the Fowlers Bay effort. Changed the wheel, then aborted our plans for the rest of the day and drove back to Busselton to get yet another new tube and flat wheel repair.

As a result, we had a very late lunch. I’d been going to buy this on our drive, somewhere, but there were no shops near the tyre repair place. By the time that was done, had to settle for plain bread from a bakery in town.

There was not enough of the afternoon left to resume our sightseeing, so went back to the van. John whiled away his time there, while I went for a walk along the sea front.

Had collected the mail this morning. Nothing of note in the bag.

Bussellton was a lovely place and definitely worth spending more time at. I felt we had hardly scratched the surface of the area. The week here had been a frustrating one.