Another early start that saw us departing at 7.20am.

Barcaldine marked the point where we turned west. This was a town we’d never stopped to explore and yet again, would not have time to do so.

Our lunch stop was near Winton.

Today was Anzac Day and as we passed through some of the towns, saw some of the Anzac commemorations going on.

As we’d travelled further north and west, over the past couple of days, the amount of tree cover on the land had dwindled, to be replaced by vast open grasslands, where trees were confined to the lines of watercourses. It had also become noticeably hotter.

Reached Cloncurry at 5pm and booked into the Gilbert Park Caravan park – $17.10, after discount. Set up – minimally – on a site where we were able to stay hitched up.

Phoned Adels to let them know we would be arriving tomorrow or Sunday. Spoke to V – who we knew from last year. A few minutes later, received a phone call back from the boss, who asked whether we could pick up some beer and casks of wine for her.

So, we had to unhitch from the van and drive quickly to the shopping area. Bought the requested supplies. John found they had Regal beer, a brand unknown to us before last year, when he found it at Ayr. So he bought a slab of that for us – an extra replenishment of our stock.

Phoned daughter to let her know our progress, left a message, and later received a mobile phone text message acknowledgement. That was the first text message we’d ever had.

It was a very early night for us – long days of driving are surprisingly tiring. 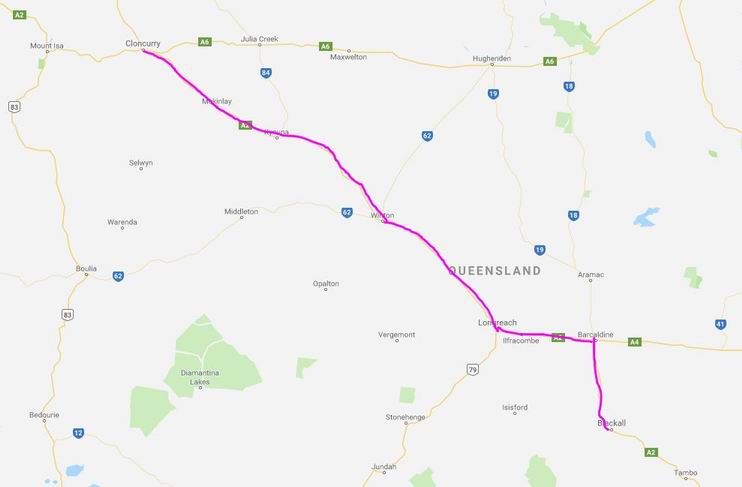