The camp had a tinny boat, with motor, for hire, in order to travel up the waterhole, which was about 5kms long. Today, we hired the boat and puttered up as far as we could go – right into the section they called The Gorge, too.

On the Nicholson River – the Gorge ahead

There was plentiful birdlife around on the banks of the river, including some brolgas.

Drying their wings and watching us pass by

It was a very low-key, restful activity – just puttering along and gazing about.

It was hard to envisage this very benign, peaceful river in flood mode, but we knew that it did do so, especially at times when a cyclone in the Gulf dumped a heap of rain on the region. Near the amenity block there was a wooden marker sign, nailed high up a tree, marking the height that the river in flood reached, at that spot, last year. It was certainly a couple of metres deep, over the campground. It amazed me that, only a few months later, there were no real signs of this inundation at the campground. 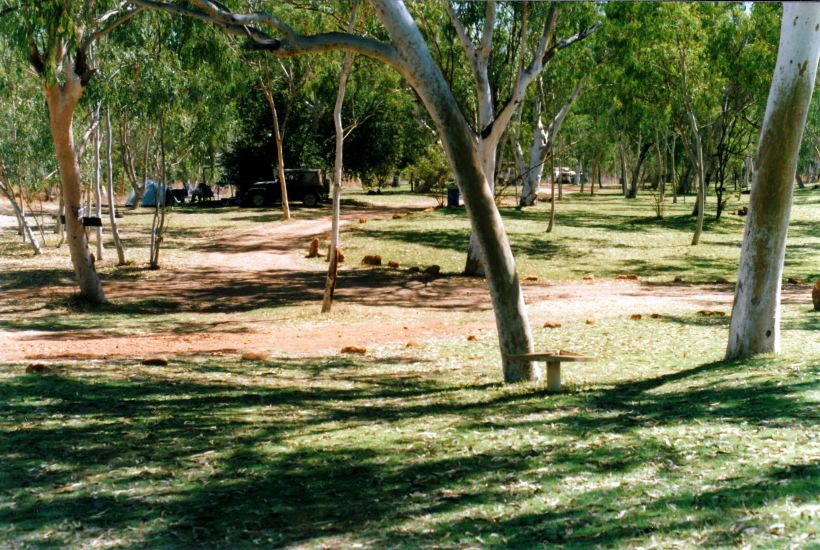