Today we set out to drive to see if we could find the Duck Creek area, and check it out for future fossicking.

As per directions gained yesterday, we went back north to the Eulo Toompine road, and took that for nearly 30kms, then branched out on the track to “Dundoo”. We followed tracks past the homestead and on to the north, passing through some station gates and not being totally sure we were going the right way. 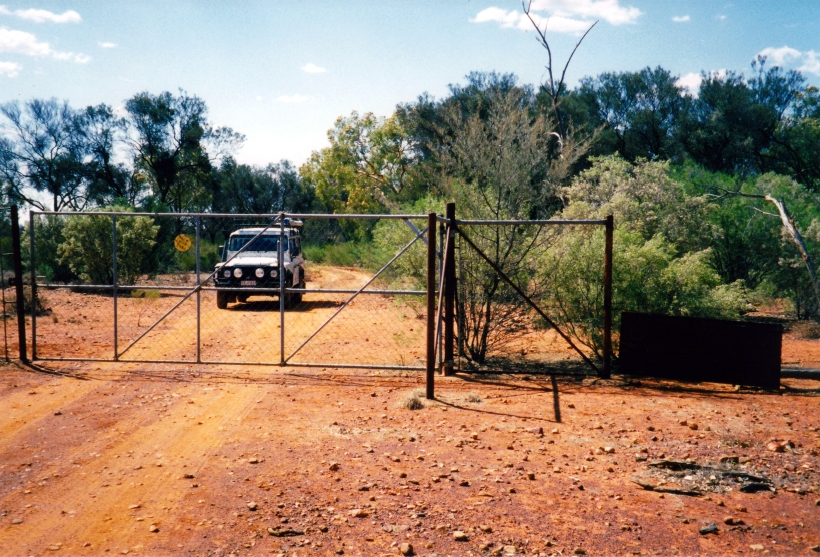 Gate at the entry to the fossick area of Duck Creek

Closer to what turned out to be the diggings, it became a maze of tracks, as usually happens, but fortunately with just enough rough signage to keep us headed the right way. 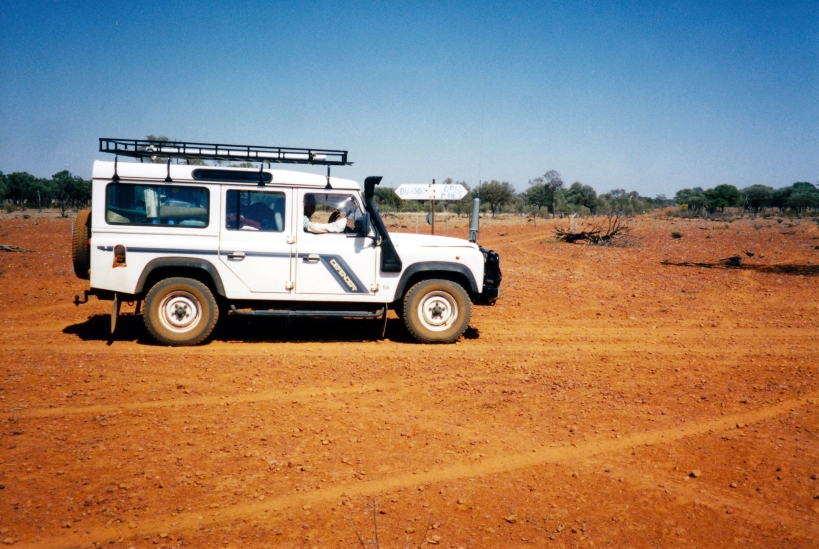 Kangaroos out this way didn’t see much traffic!

Just where the diggings started, there was a warning sign painted on an old cement mixer truck – used sometimes for washing opal dirt – making dire threats against anyone trespassing on claims. 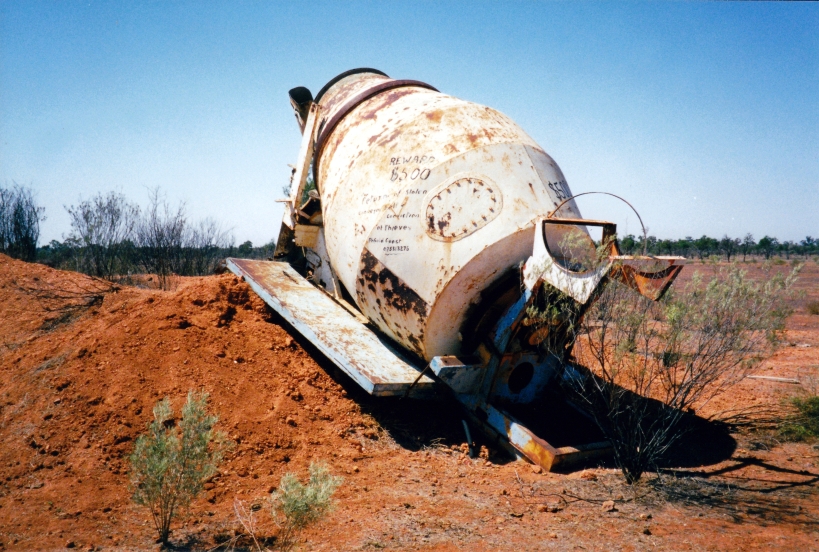 A sign beside the track led us into Mike’s place. He had a claim and sold opals. We talked to him and found out that he allowed camping on a large flat area at the front of his place – quite an attractive area, for these parts. John was instantly keen to come here next year!

Some of the diggings at Duck Creek

We had a look at the opals Mike brought out for sale and ended up buying some. They were probably not great quality, but we felt a bit obligated, given the time he spent with us.

Mission accomplished, we returned the way we came, to Yowah. It seems that next year’s trip is firming up to definitely include opal hunting in these parts. That is fine by me – the country is the semi-arid mulga type of country that I loved around Opalton, so I was quite happy at the thought of hanging about in that. 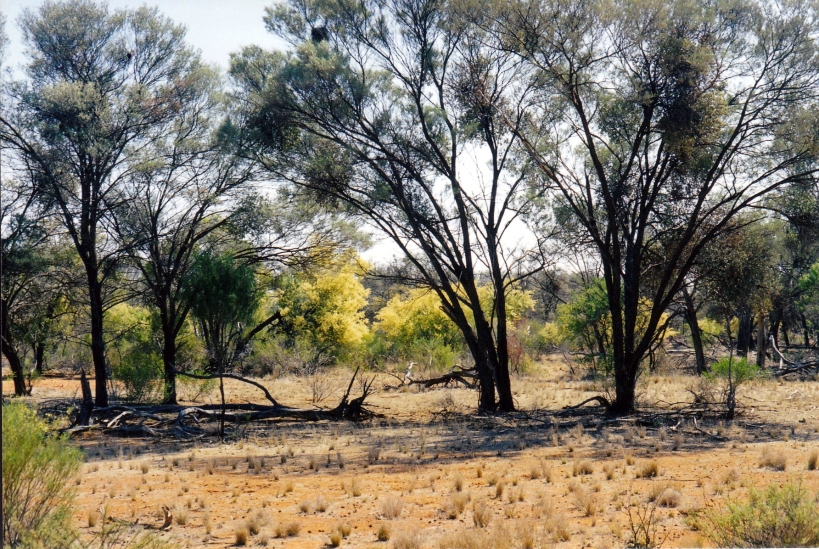 Through our evenings at Yowah, there were great sunsets. It was not just opals that shone brilliantly in these parts.