As soon as I got up, it was off to the laundry, where I did two loads of washing.

A lady also doing her washing recognized me as having taught her at Hamilton High – about 1970! I was amazed to still be recognizable, thirty years later! L and her family were doing an extended trip and heading for Lawn Hill and then east to the Cape.

It was a late breakfast for me, and then I sat in the sun and sewed for a while.

John went down the street, to check out the bowls club and came back with the news we were going to social bowls tomorrow night.

There did not seem to be as much to see and do in Cloncurry as I had anticipated.

After lunch, we walked up the hill near the park and looked out over the area. There were many hills on the horizon, to the south and south west especially. We chatted for a while with a Qld Rail man who was up there too.

The railway is very active in Cloncurry because of mining and cattle. Apart from mines around the town itself, lines come in from Mt Isa and the mining towns to the south west, like Duchess and Dajarra.

From the top of the hill, we could see across to the rail yards in the distance, and see a big train being assembled to go east. We had already noticed, on the way into town yesterday, the big road trucks moving ore from the local mine/s to the rail depot. 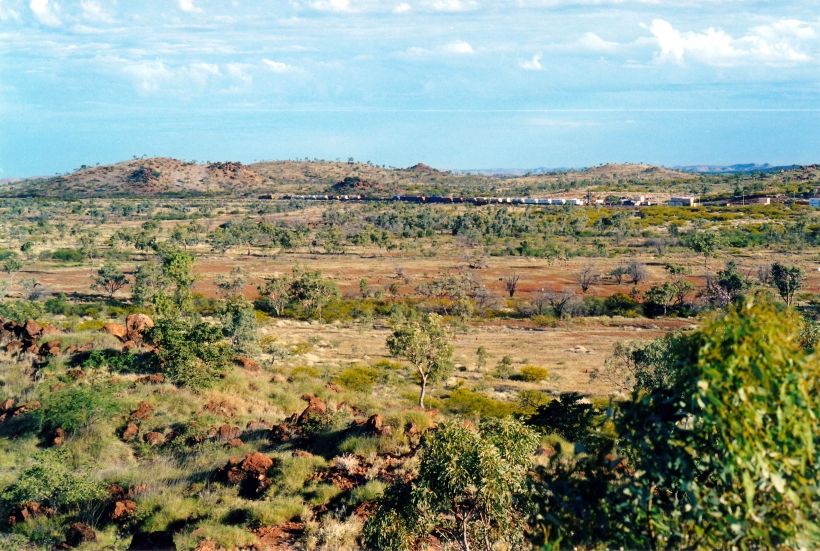 Went into town for some food supplies, then visited L’s site and talked with them some more.