Today is the start of our 100th week on the road! Hopefully, there will be at least 100 more!

We set out to drive to Sloping (Slopen on some maps) Main, an area and settlement near the Saltwater River Coal Mines site, but facing west. There is a lovely curved beach there, with the totally unsuitable name of Stinking Bay.

I was rather intrigued by the two versions of the name and initially assumed that some early explorer or settler couldn’t spell “sloping” correctly! However, found out that the first farmer to settle there – in the 1820’s, before Port Arthur was even established, was a Mr Slopen. Hence Slopen Island, etc.

We had a little cruise around and look at the Gwandalan shack/village area by the bay. Even though this is really not very far from anywhere, it feels quite remote. There are the usual magic views – in this case, across to Sloping Island, with the arm of land that is the eastern shore of the Derwent, hazy in the distance.

Left Truck parked by the long, sandy beach at Sloping Main and walked along its length to the end – about 3 kms. Then followed some rough vehicle tracks towards Lagoon Bay. They took us to Lobster Point, where there were even better views across Frederick Henry Bay, past Sloping Island.

Lobster Point, with Sloping Island behind it 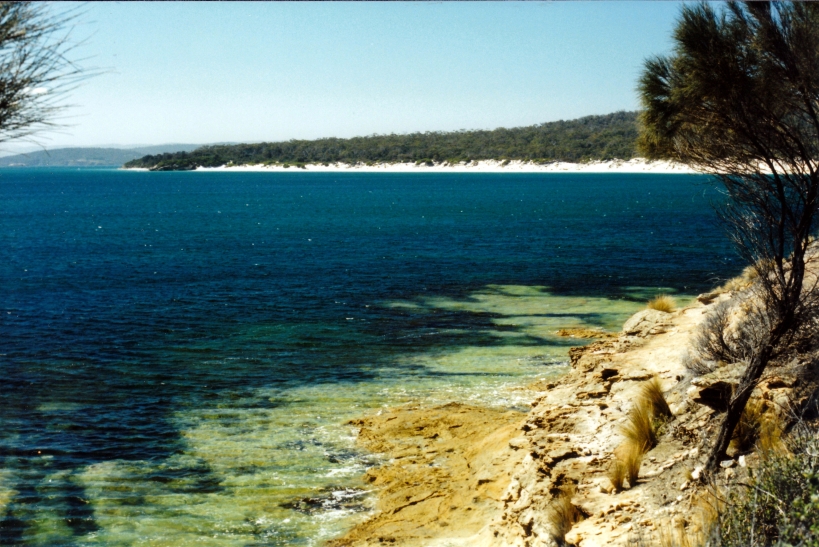 John decided that, since our walks book said there was a track that followed the coast, and he saw some tape that seemed to mark this, that was the way we would walk back. It went through a lot of bracken and cutting grass, and was not really a track. It was a hot day, and I was in shorts, but luckily had my knee high gaiters on, as the way looked really snaky. My legs did get a bit scratched and I didn’t enjoy that section much. The coastal scenery was great, though.

We walked a short stretch of beach in a little cove called Whalebone Cove, before eventually emerging back onto the main beach. 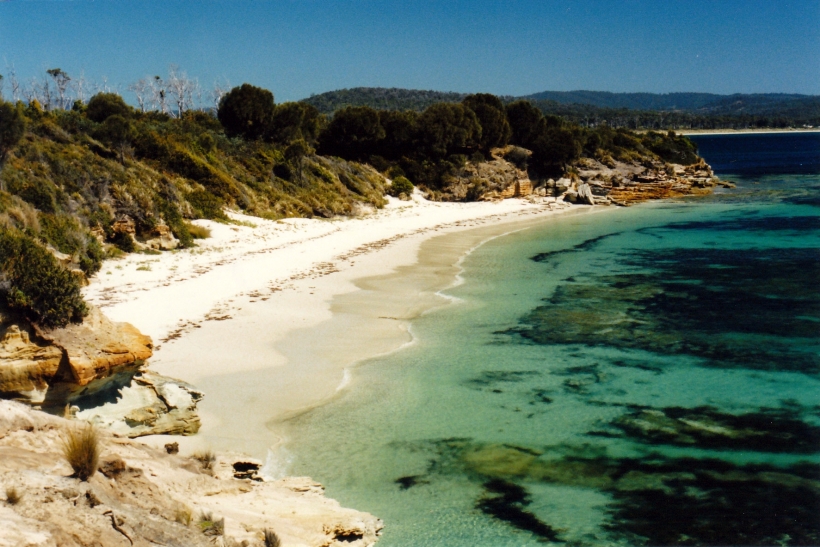 Whalebone Cove, with Sloping Main beach in the distant background 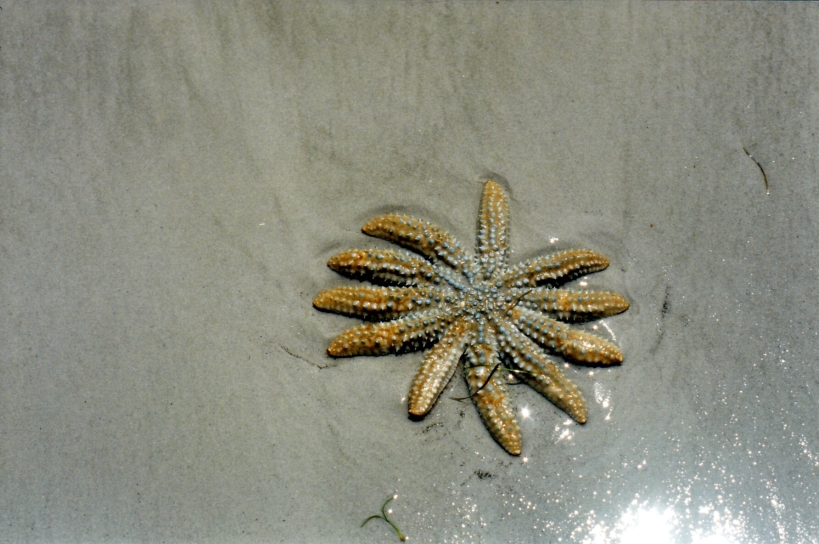 A critter on the beach

We returned along the beach to Truck. This had been another reasonable length walk, and an enjoyable one, overall. The Tasman Peninsula is so varied. The many visitors who only visit Port Arthur do not realize what they are missing! 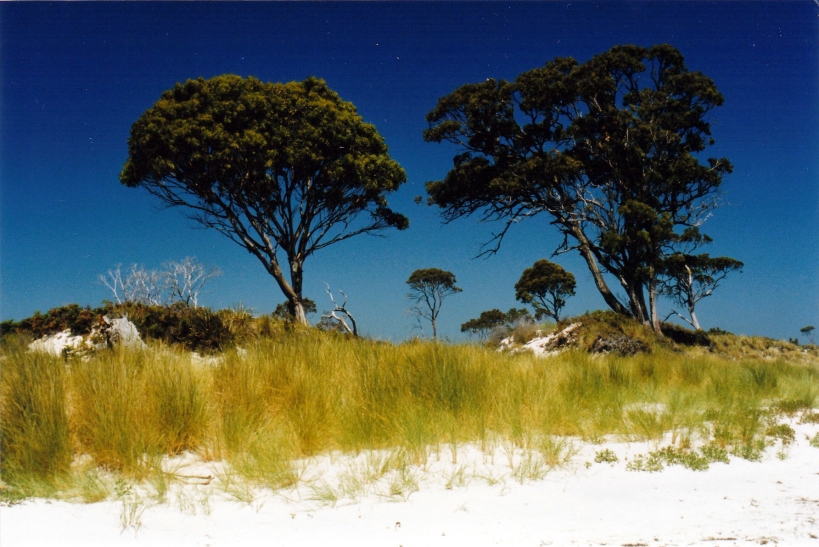 The outlook inland, as we walked along the Sloping Main beach

Tea was a herbed lamb stew with pasta spirals. It was very nice.